The Evolution of GNSS Technology

As GNSS technology is advancing and becoming less expensive, it's starting to find its use in a broad range of applications. We can only expect more and more applications to be developed in every area where precise information on position and time is needed. In order to better understand its current and future benefits to humanity, we need to get acquainted with the history and evolution of GNSS technology.

The Roots of Navigation Systems

People have had the need for precise navigation since the beginning of time. Having clues on others’ position in space, as well as your own, has always been an asset from various aspects. This asset is especially important in times of war and conflicts, when this type of information can save lives.

Therefore, it is understandable why we can find the roots of GNSS technology in military purposes. It all began with ground-based radio navigation systems which were developed in the 1940s and used during World War II. As two of these systems proved to be very useful, the Decca Navigator and LORAN, scientists continued developing more sophisticated navigation tools. 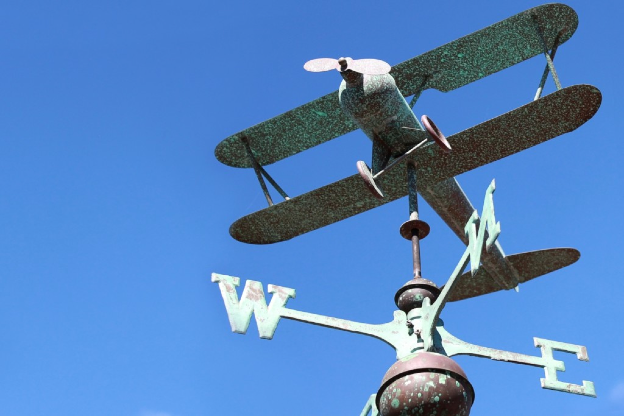 Both Decca Navigator and LORAN were positioning systems. They broadcasted a radio pulse from a known "master" location, followed by a pulse repeated from a number of "slave" stations. Based on the delay between the reception of the master signal and the slave signals, the receiver was able to provide a fix.

The Decca Navigator has its origins in the United States, but was developed in England as a method of measuring the ground speed of aircrafts. The prototype was tested with a master transmitter at 300 kHz and a slave at 600 kHz. Its accuracy was compared to 1200 kHz which proved that it can be a good solution. Compared to earlier proposals, it showed the advantages of occupying a narrow bandwidth and low power usage for the transmissions.

Although the British Admiralty had an existing and effective Gee navigational system, they needed a backup. This was the main reason why Decca was additionally developed. After the successful trials in 1942, and the testing in 1944 on new frequencies in the Irish Sea, the Royal Navy adopted the Decca Navigator.

It began transmitting on the south coast of England in 1944, just before the D-Day invasion force landed. The common agreement among people today is that D-Day would have followed a completely different plan without this radio navigation system.

LORAN (Long Range Radio Aid to Navigation) was also developed in 1940, by Massachusetts Institute of Technology. The National Defense Research Council in the U.S. recommended implementing a navigation system that combined radio signals with technology of time interval measurements. Refined by scientists at the John Hopkins University, LORAN was utilized during World War II through the late 1950s.

LORAN was a hyperbolic radio navigation system very similar to the Gee system used in the U.K. The only difference was that it operated at lower frequencies and was able to provide improved range up to 1,500 miles with accuracy of tens of miles. Since it required a CRT (Cathode Ray Tube) display, this navigation system was expensive. Thus, it was used only by the military and some large commercial users.

Thanks to the effectiveness of this system, the U.S. Navy and the U.S. Air Force developed LORAN-B and LORAN-C. LORAN-B offered accuracy on the order of a few tens of feet, but showed some technical problems. LORAN-C offered accuracy of hundreds of feet. In 1958, the U.S. Coast Guard took over operations of both systems.

In 1956, a test of general relativity using accurate atomic clocks placed in orbit in artificial satellites was proposed. The launching of the first man-made satellite Sputnik by the Soviet Union in 1957 was another sign of the need for using GPS.

The scientists who were monitoring Sputnik's radio transmissions discovered that they could use the Doppler Effect to determine the orbit of the satellite. This led to the discovery that Doppler shift can be used to locate a receiver on Earth.

This frequency shift allowed the receiver to determine its location by monitoring the shifts over a short time interval. With the help of precise knowledge of the orbit of the satellite, this type of measurements could fix a particular position. Using dozens of Transit fixes producing sub-meter accuracy, surveyors were able to locate remote benchmarks.

Integrating this idea with a number of other classified engineering design studies from the 1960s, the Global Positioning System (GPS) project was developed in 1973. It was created and realized by the U.S. Department of Defense (USDOD).

Running with 24 satellites, the GPS was able to overcome the limitations of all previous navigation systems. The experimental Block-I GPS satellite was first launched in 1978, but in order to validate the concept, ten more experimental satellites were launched by 1985.

In 1983, President Ronald Reagan announced that GPS would be available for civilian use when completed. This decision followed the shooting down of the civilian airliner KAL 007 killing all 269 people on board. Due to navigational errors, the airliner flew in prohibited airspace and was intercepted by a Soviet aircraft.

GPS achieved Initial Operational Capability (IOC) in 1993 when the U.S. Air Force launched the 24th Navstar satellite into orbit, completing a network of 24 satellites. The system became fully operational in 1995. Since 2015, GPS receivers can provide horizontal accuracy of better than 3.5 meters.

In addition to GPS, other systems are in use or in development. This is how the Global Navigation Satellite System (GNSS) was formed as a worldwide set of satellite navigation constellations, civil aviation augmentations, and user equipment.

Thanks to the evolution of GNSS technology, satellites now use atomic clocks to maintain synchronization of all the satellites in the constellation. The receiver then compares the time of broadcast encoded in the transmission of four or more different satellites.

This allows measuring of the time-of-flight to each satellite. Measuring made at the same time to different satellites allows generating a continual fix in real time using an adapted version of trilateration.

Until 2013, only the United States Navstar Global Positioning System and the Russian GLONASS were global operational GNSSs. These two made more satellites available to fix positions more quickly and accurately.

At the moment, there are two more global navigation systems – The European Union’s Galileo, and China’s BeiDou. There are also regional navigation satellite systems – QZSS in Japan, IRNSS in India, and DORIS in France.

Today, GNSS is used for many commercial purposes such as ground mapping, transportation, agriculture, surveying, marine, unmanned vehicles, and much more. This satellite system can pinpoint the geographic location of a receiver anywhere in the world, at any time of the day, and in any weather condition.