The Use of GPS in UAVs

UAVs are pilotless aircraft with many potential and practical applications in surveying and mapping, exploration and geophysics, surveillance, and even recreation. They allow for fast and cost-effective data gathering in the sphere of forestry, asset management, environmental protection, agriculture, humanitarian activities, and more. In many of said applications, the use of GNSS in UAVs is the key to their accuracy and operational safety.

Unmanned Aerial Vehicles or UAVs are a technological blend of several fields of science, including aeronautics, electronics, telecommunications, and video & photography. Also known as drones, these aircraft are routinely used for reconnaissance & surveillance and military purposes, where they are armed with missiles and bombs. The flight of the UAVs can be:

UAVs have numerous advantages over manned aircraft, which is the main reason for their widespread use. Namely, they can stay in the air much longer, cost less than military aircraft, and pose no danger to the crew.

Basically, the category of unmanned aircraft includes everything that can fly under some form of remote control. Ranging from tiny helicopters and planes to heavily armed military aircraft intended to destroy enemy targets, each UAV is a sort of platform intended for specific use, be it scientific, humanitarian, civilian, or military.

UAVs range from a few grams to several tons in weight. The small ones are driven by micro motors and tiny batteries. Larger UAVs are powered by turbo-propellers, hydrogen fuel cells, jet engines, and solar-powered electric motors.

Practical Uses Of GNSS In UAVs

Global Navigation Satellite System (GNSS) is a highly beneficial navigational tool using multiple constellations of satellites which orbit the planet. Thanks to this concept, there are always 6 – 8 satellites that are able to be tracked at any given position on earth at any given time. As a result, GNSS gives us the ability to pinpoint any location on the planet, day or night, making it beneficial for a variety of purposes. 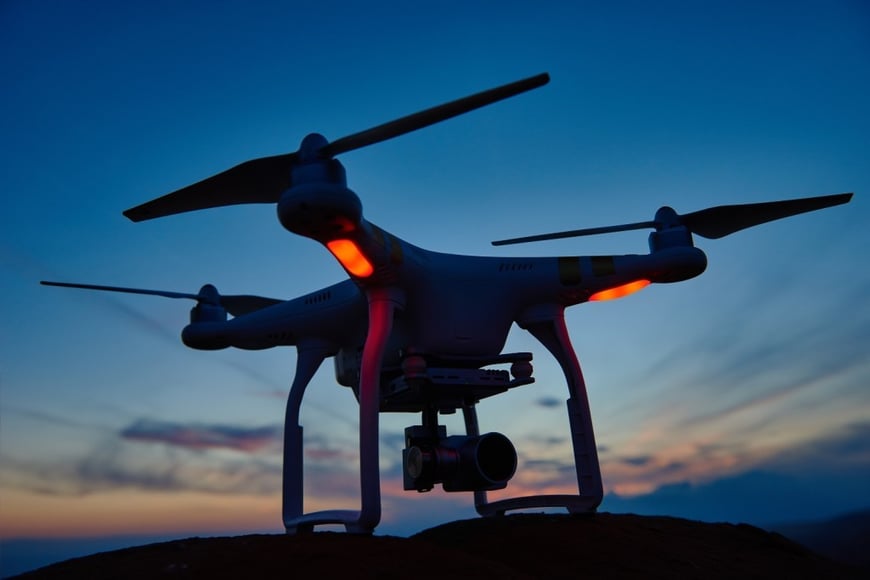 Navigation is the most common application of GNSS in UAVs, used to determine the position, altitude, and speed of the aircraft. This can be used to track the UAV or guide it remotely, in combination with an automated guidance system.

Whether the aircraft is guided by ground operators or flies autonomously, GNSS navigation techniques offer consistent accuracy, provided that the UAV receives sufficient satellite signal throughout the flight. Sometimes, the UAVs use integrated navigation systems combining inertial sensors and GNSS.

The inertial navigation system (INS) uses the output of inertial sensors to estimate the position and speed of the aircraft. Inertial sensors can be categorized according to their resulting navigational accuracy.

It is important to know the location of the UAV at all times for safety purposes, especially in areas with heavy air traffic, unmanned or otherwise, in order to avoid collisions.

When used for this purpose, UAVs are equipped with radars and cameras. Precise geographic referencing of the collected data is crucial here, hence it is important to know the exact position of the UAV when a measurement or photo is taken, as well as the exact time. The GNSS receiver aboard the aircraft can determine a vehicle’s location with centimeter-level precision. The precise time stamps supplied by the GNSS unit provide the exact time of measurements. 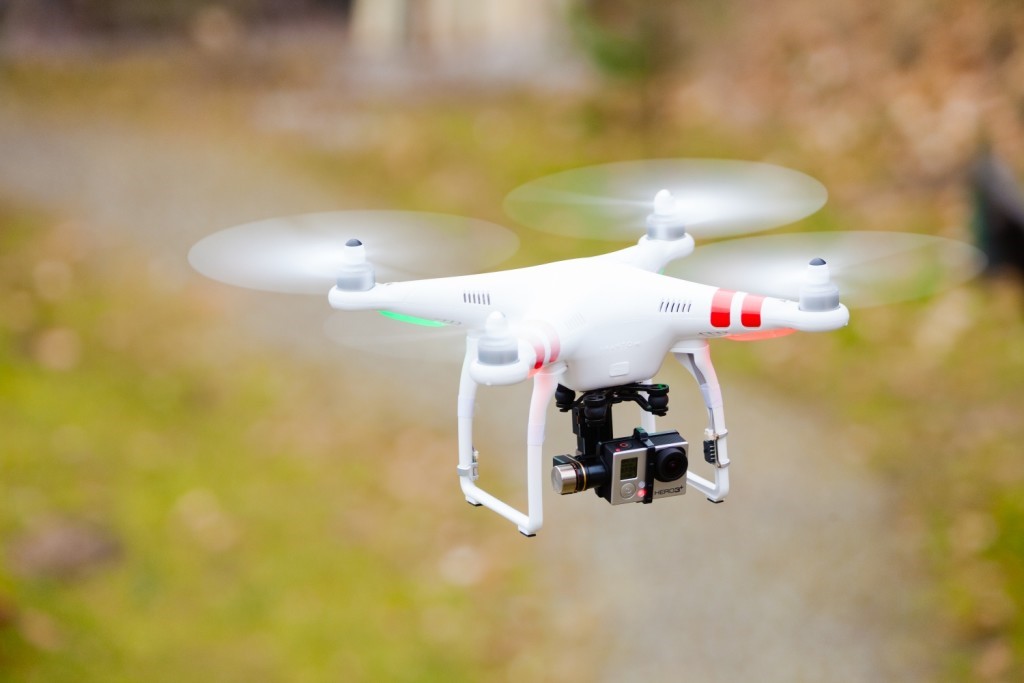 In the sphere of aerial photogrammetry, GNSS in UAVs allows measurement of coordinates by means of photograph analysis.

Photogrammetry is the science of measuring distances between objects using ordinary photographs. The output is usually a drawing, a map or a 3D model of a real object or body of land.

UAVs are being increasingly used for photogrammetry and lidar (light detection and ranging) mapping in aerial surveys. This is not surprising as the incorporation of GNSS in UAVs designed for aerial surveying renders them very cost effective, compared to aircraft with photogrammetry equipment.

Given the relatively low prices of UAVs, many companies choose to purchase more than one UAV for their operational needs, allowing them to conduct surveys over vast land masses in a fast and efficient way.

The combination of GNSS, digital cameras and powerful computers aboard these UAVs results in extremely precise surveys, with 1-2 cm accuracy level.

Benefits Of Using GNSS In UAVs

GNSS positioning capability is an important and useful feature in unmanned aerial vehicles. Among other things, it allows the following:

In other words, this is the ability of the UAV to remain at a specific altitude and position in the air. This means the aircraft will hover in one spot if you take your hands off the controls. To hold the position, the UAV will compensate for any external influences that attempt to change its position, such as air currents. 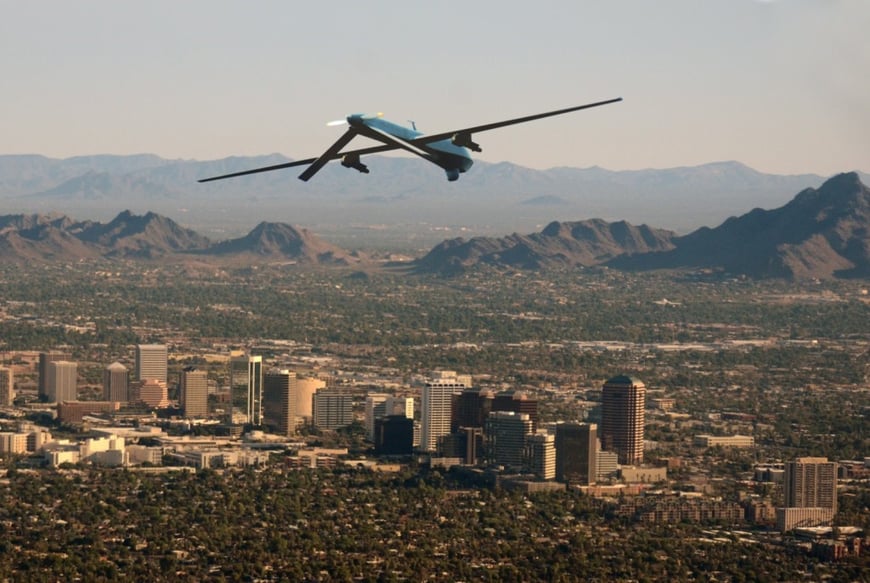 This is a very useful feature in situations of emergency, such as low battery level or signal loss from the controller. The return-to-home functionality allows the UAV to return to the point of takeoff automatically. For instance, if the battery is low, the UAV will override the operator’s commands and return home, instead of crashing.

The ability of drones to fly independently is probably one of the main advantages of the UAV technology. Autonomous flight is achieved by setting waypoints (reference points in the physical space) on the operator’s computer. This way, once the flight path is determined and the UAV launched, it will fly on its own.

Waypoint navigation is an advanced technology where the flight destination or points are pre-planned and configured in the remote control navigational software. It basically instructs the aircraft where to go and sets the altitude and speed. 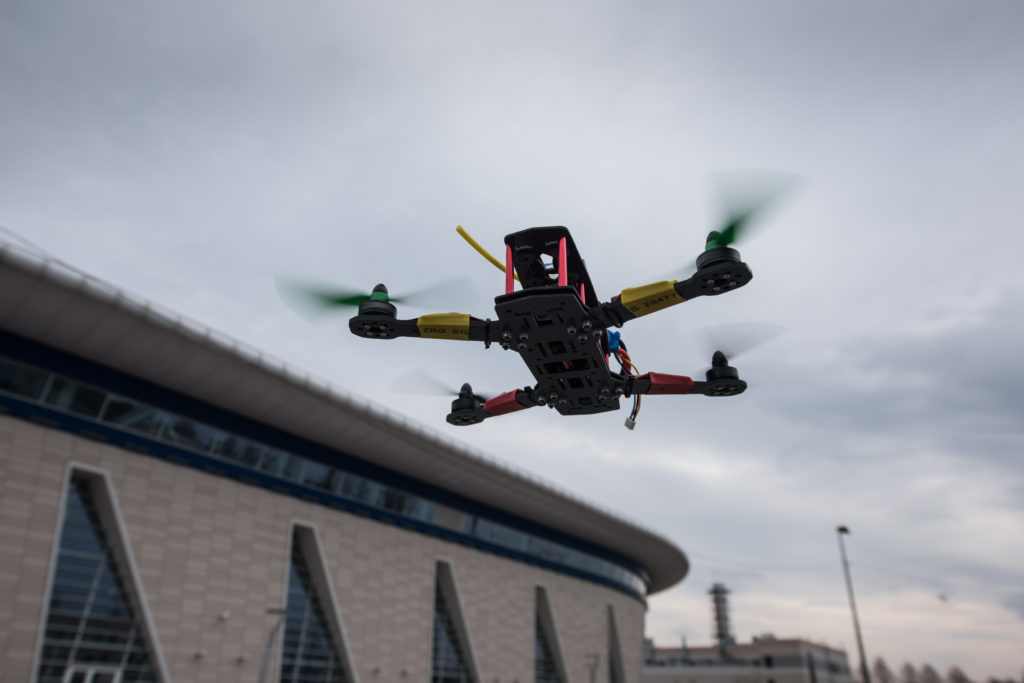 This is an important functionality, as it prevents the UAV from flying into certain areas. Thanks to GNSS, the UAV can be instructed to avoid problematic areas such as airports or restricted airspaces. Not only is it illegal to operate UAVs within these areas, but it’s also potentially dangerous to the other aircraft.

At Hemisphere GNSS, we are dedicated to providing the best possible user experience for our customers. As a leader in the field of high-performance satellite positioning, we offer a wide variety of flexible, high-precision satellite positioning hardware, software and services. Whatever your field of business, our individual, client-oriented approach guarantees you’ll get the perfect positioning solution, tailored to your specific needs.