Although it escapes our senses, radio frequency noise is all around us.  New wireless sources are popping up everywhere. Many of them are becoming unintentional interferers of GNSS receivers. And if that weren't enough of an issue, there is also plenty of deliberate signal disruption as well.

GNSS devices, both military and civilian, are highly susceptible to signal interferences. In a society so hugely reliant on GNSS technology, the need for protection technology to make GNSS devices more resilient to interference is obvious. Antenna and receiver design can play a major role in reducing the effects of interference.

Why Are GNSS Signals Susceptible to Interference?

GNSS satellites are positioned roughly 20,000 km in orbit and the signal has a long way to go before it reaches a receiver. Throughout this journey, it passes through the vacuum of space and the many layers of Earth’s atmosphere. And while the space segment of this journey is more or less distraction-free, the situation changes upon entry into the Earth's atmosphere. Here, signals face dense clouds, dust particles, mountains, skyscrapers, and aircraft, making it difficult to retain their strength. 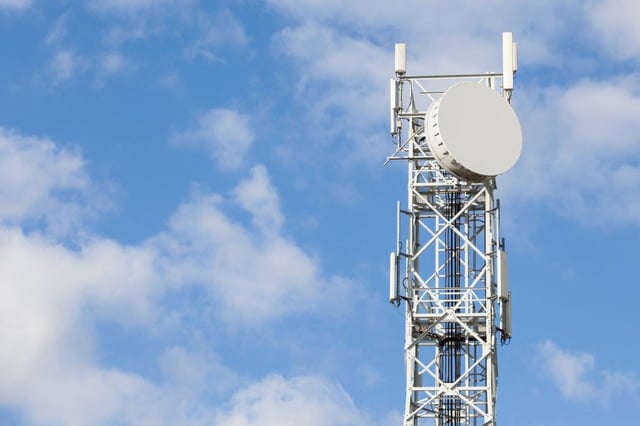 As a result, GNSS signals are very weak when received by the GNSS device. In fact, they are weaker than almost any other radio-frequency phenomenon and hence highly susceptible to interferences. Also, since interfering signals are transmitted from sources much closer than the satellites, they are stronger by default and quite capable of overpowering the GNSS signal.

GNSS devices can cope with a limited dose of interference and acquire the desired signal. This is possible thanks to the spread-spectrum nature of the satellite transmission which allows receivers to isolate the signal from the radio frequency noise.

Interference signals can come from various sources, including TV transmitters, amateur radio equipment, and personal privacy devices (PPDs), designed to block the GNSS signal in a few meters radius. The jamming capacity of these devices often extends beyond the intended scope, potentially obstructing signals required for the operation of critical systems, such as those in airports.

Interferences that adversely affect GNSS operations can be classified into several groups, depending on their origin and intent.

Jamming and spoofing are two ways to intentionally interfere with the operation of a GNSS device.

Jamming refers to the deliberate use of radio noise or signals in an attempt to disrupt GNSS operation. Once the interference level passes a certain limit, the GNSS signal will be lost within the interfering signal, resulting in service unavailability.

Spoofing involves the transmission of false GNSS signals which are then picked and processed by the receiver.

Jamming is a more obvious form of signal interference because the end result is a clear denial of service. On the other hand, spoofing cannot be so easily detected, as it’s not always obvious it’s occurring. As a result, spoofing is considered a more dangerous form of signal disruption.

The reception ability of GNSS systems can be disrupted by many other sources of unwanted signal transmission.

In-band interference is an undesired transmission from another source that falls inside the operating bandwidth of the GNSS system.

Out-of-band interference originates from a wireless system designed to transmit in a different frequency band, while producing frequencies in the receiver’s desired band.

Noise-like interference affects the receiver in a noise-like manner. It refers to complex spectra whose width is greater than the bandwidth of the receiver.

Pulsed interference usually has a spectrum containing a number of relatively distinct spectral lines. It occurs periodically and briefly, causing a substantial bit error rate in the GNSS system.

Depending on the strength and type, the effect of interference can range from minor annoyance to device inoperability. As a result, the affected GNSS receiver will either exhibit poor positioning performance or become completely unable to compute a position.

Due to the potentially disastrous consequences of signal interference, anti-interference mechanisms are increasingly featured in the design of modern GNSS applications.

Since GNSS signals are acquired by the antenna and processed by the receiver, the logical way to combat interference is to make these two components more resilient to its effects.

GNSS and INS complement each other very well, combining the inertial measurement technology and the GNSS navigation system. INS provides satisfactory short-term accuracy, whereas GNSS has exceptionally good accuracy in the long term thanks to the independent position fixes and fast updates generated by the receiver. GNSS and INS systems can be used to detect and overcome spoofing attempts as the signals from the INS cannot be spoofed.

These systems combine Controlled Reception Pattern Antennas (CRPA) and sophisticated electronics. Unlike standard antennas where the GNSS signal can be easily jammed, these systems use various antenna components to control the amount of signal received from a particular direction. When interference is detected, the antenna gain is turned down for that direction. This, in turn, reduces the level of interference so that the desired GNSS signals can be received from other directions.

In situations of short-term interference, additional navigation sensors such as Inertial Measurement Units (IMUs) can help the receiver bridge the brief periods of signal loss. This way, IMU-enabled GNSS receivers can operate during temporary signal outages (tunnels, building interiors, interferences). The IMU is the main component of inertial navigation systems used in aircraft, spacecraft, drones, and guided missiles, allowing the onboard computer to track a craft's position.

TRACKING MORE THAN ONE SATELLITE CONSTELLATION

The GNSS antenna must have a clear line of sight to the sky at all times during tracking in order to receive signals from a specific satellite. However, in certain locations, such as downtown areas of large cities, there are numerous obstructions blocking so many satellites, that the receiver cannot calculate its position or time.

To overcome this problem, the receiver can track more than one satellite constellation, so that more satellites are available to calculate the desired position. Multiple navigation sensors - such as IMUs - can be useful here to bridge the signal loss and reacquire the signal. 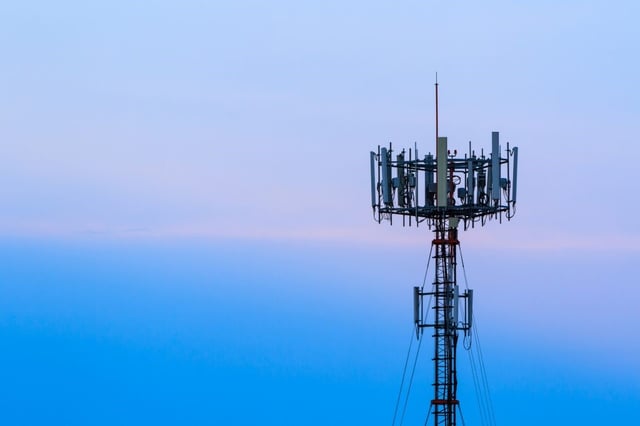 At Hemisphere GNSS, we focus our creative efforts on continuous product enhancement. The design of our GNSS portfolio fully addresses the growing problem of radio frequency noise and interference.

The Ever-Changing Uses for GNSS in Maritime